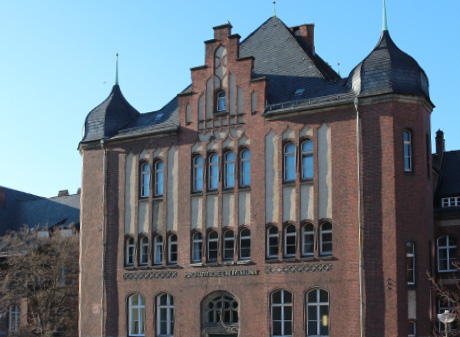 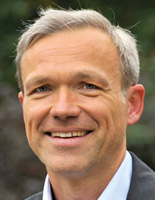 Dr. Dreier is a professor at the CSB and a consultant at the Department of Neurology at the Charité. His scientific focus has for many years been on clinical and neurophysiological aspects of neurovascular coupling, spreading depolarisation, regional cerebral blood flow, ischaemic stroke, aSAH, epilepsy and migraine.

Spreading depolarisation (SD) is associated with a dilatation of cerebral resistance vessels/ increase of cerebral blood flow in healthy tissue. More than a decade ago, we discovered in rats that this normal neurovascular coupling can be inverted under conditions present following aneurysmal subarachnoid haemorrhage (aSAH). Thus, the neuronal discharge triggered severe vasoconstriction/ spreading ischaemia in the rat. In 2009 we published unequivocal evidence for spreading ischaemia in the human brain using novel technology for the first time to measure electrical activity and regional cerebral blood flow in aSAH patients. Our recently published article in Brain (youtube.com) further underscores that spreading ischaemia is of outstanding clinical importance. This is because spreading ischaemia may lead to the so called negative ultraslow potential (NUP). The NUP is initiated by SD and similar to the negative direct potential (DC) shift of prolonged SD, but specifically refers to a negative potential component during progressive recruitment of neurons into cell death in the wake of SD. In the paper, we first quantified the SD-initiated NUP in the DC range and the activity depression in the alternate current (AC) range of the electrocorticogram after middle cerebral artery occlusion in rats. Relevance of these variables to the injury was supported by significant correlations with the cortical infarct volume and neurological outcome after 72 hours of survival. We then identified NUP-containing clusters of SDs in 11 patients with aSAH. We found that NUP-displaying electrodes were significantly more likely to overlie a developing ischaemic lesion than those not displaying a NUP. The NUP was often preceded by an SD cluster with increasingly persistent spreading depressions and progressively prolonged DC shifts and spreading ischaemias. During the NUP, spreading ischaemia lasted for 40.0 (median) (28.0, 76.5, interquartile range) min, cerebral blood flow fell from 57 (53, 65) % to 26 (16, 42) % and the tissue partial pressure of oxygen from 12.5 (9.2, 15.2) to 3.3 (2.4, 7.4) mmHg. Our data suggested that the NUP is the electrophysiological correlate of infarction in human cerebral cortex and a neuromonitoring-detected medical emergency. Currently, we perform more human and animal research to learn more about the underlying mechanisms of spreading ischaemia and NUP.

Aneurysmal SAH is a form of stroke that occurs at a younger age than most other forms of stroke. In addition, aSAH is an unusual form of stroke in that it affects women significantly more often than men. These two factors also apply to the early and late ischaemic strokes that occur following aSAH. In our clinical trial DISCHARGE-1, the average age of patients with early and delayed ischaemic stroke was 57 and 56 years, respectively, and 69.9% and 68.4% of those affected by these complications were women. Arterial hypertension is the most important vascular risk factor for stroke, especially at younger ages. Diabetes mellitus is another important vascular risk factor, especially in the context of vasoconstrictive mechanisms, which play a dominant role after aSAH. In fact, all patients in DISCHARGE-1 who had diabetes mellitus in addition to aSAH suffered ischaemic strokes. Our research group is investigating these influencing factors not only clinically, but also in animal models of arterial hypertension and diabetes mellitus.

aSAH is one of the strongest known risk factors for the development of epilepsy. In addition to physical disabilities, cognitive and emotional impairments after aSAH, the development of epilepsy has a major impact on the long-term course of the disease. It is not uncommon for the development of epilepsy to lead in a downward spiral to a renewed worsening of existing deficits. Epilepsy is also an independent risk factor for early death in the chronic phase after aSAH. Epileptogenesis is the delayed-onset, long-lasting, maladaptive, dynamic process typically associated with selective loss of specific neuron populations, eventually leading to a chronically reduced threshold for epileptic seizures. We are currently investigating the connection between acute damage development in the neurointensive care unit after aSAH and the later development of epilepsy together with our collaboration partners Alon Friedman (Dalhousie University, Halifax, Canada) and Annamaria Vezzani [Mario Negri Institute for Pharmacological Research (IRCCS), Milan, Italy] in a project funded by Era-Net Neuron.

The brain is the organ of our body that is the most sensitive to a lack of energy. As opposed to other tissues, the network structures that process neural information under physiological conditions, display a form of abrupt, almost complete collapse of the cellular homeostasis under pathological conditions. This almost complete collapse is cytotoxic and shortens the timeframe in which neurons can survive a lack of energy. It is a potentially reversible state between life and death that spreads from neuron to neuron as a giant wave of electrochemical discharge. This process is called spreading depolarisation (SD) (www.braintsunamis.org). The wave is not limited to tissue with an abnormal energy supply, but also continues in an adequately supplied environment. While the principal biophysical and biochemical characteristics stay the same, several properties of the healthy tissue change along this path. These changes make the wave relatively harmless in healthy tissue. Patients who suffered a stroke and traumatic brain injury display the full SD continuum, whereas mainly the benign part of the continuum is observed in cases of migraine with aura. To better treat these diseases, it is necessary to better understand the SD continuum.

In more formal terms, SD is the generic term for waves of abrupt, continuous mass depolarisation of the grey matter in the central nervous system caused by an almost complete collapse of the neuronal transmembrane ionic gradients. In addition, the following occurs: (i) almost complete short-circuit of the nerve cell membrane, (ii) a loss of electrical activity (spreading depression), (iii) engorgement of the neurons with bead-like distensions of the dendrites (cytotoxic oedema), (iv) depolarisation of the neuronal mitochondria, (v) massive glutamate release (excitotoxicity) and (vi) the depolarisation of astrocytes. The massive tissue depolarisation moves through the grey matter like a tsunami with a speed of ~3 mm/min and is measured as a large, negative shift of the extracellular direct current potential (direct current [DC] shift). The electrochemical changes indicate that SD is one of the most fundamental pathological processes of the central nervous system.

SD occurs when passive cation influx across the cell membrane exceeds ATP-dependent Na+ and Ca2+ pump activity. SD is thus a passive process driven by the electrical force and diffusion forces. Only the subsequent repolarisation increases the energy consumption, as additional Na+ and Ca2+ pump activity has to be recruited. Therefore, ATP falls by ~50% during SD even in otherwise healthy tissue. In healthy tissue, neurons normally repolarise within 1-2 min after the onset of SD. To increase oxygen and glucose availability, SD induces dilatation of resistance vessels ("normal" neurovascular coupling) in healthy tissue. Regional cerebral blood flow (rCBF) therefore increases in response to SD in healthy tissue (= spreading hyperaemia).

Aneurysmal SAH is considered a model disease for the study of lesion progression in stroke because patients can be observed and monitored invasively in the intensive care unit (ICU) before and throughout the period of delayed infarct development. Proximal vasospasm is thought to be involved in the pathogenesis of DCI, presumably as a result of subarachnoid blood degradation products. However, the positive predictive value of proximal vasospasm on digital subtraction angiography for the development of DCI is low, at 30-50%. A complementary explanation for DCI is offered by the occurrence of SDs that exhibit "inverse" neurovascular coupling with microarterial spasm and arrest of the microcirculation for minutes to hours in the presence of blood breakdown products. This phenomenon has been observed both in animal models and in patients with aSAH (Dreier et al., 1998; Dreier et al., 2009).

Delayed cerebral ischaemia (DCI) after an aneurysmal subarachnoid haemorrhage (aSAH) occurred in 33-38% of patients with a maximum reached around day 7 following the bleeding. 10 to 13% of patients develop delayed infarctions in the computed tomography. Aneurysmal SAH is the model disease for the study on lesion progression in stroke, as patients can be intensively observed and monitored in the ICU before and during the entire development period of the delayed infarction. It is assumed that a proximal vasospasm is involved in the pathogenesis of DCI, which probably originates as a result of subarachnoid blood breakdown products. However, the positive predictive value of a proximal vasospasm in a digital subtraction angiography for the occurrence of DCI is only low at 30 to 50%. The occurrence of SDs is a complementary explanation for DCI as they display ‘inverse’ neurovascular coupling with microvascular spasms and suspend the microcirculation for minutes or even hours. This phenomenon is observed in both animal models and patients with aSAH (Dreier et al., 1998; Dreier et al., 2009; Dreier, 2011).

Design and conduction of diagnostic and interventional mono-/ multicentric trials in patients with aneurysmal subarachnoid hemorrhage, stroke or migraine. Neuromonitoring on the neurocritical care unit. 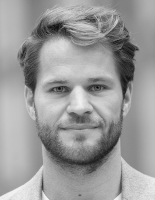 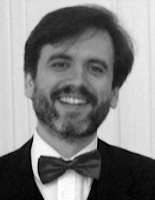 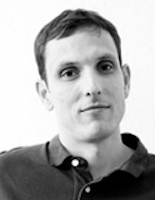 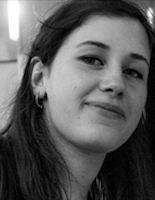 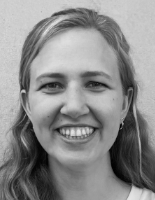 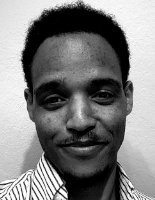